From the 9th-11th October, COBIS and King’s Group welcomed student leaders from 13 COBIS schools to the COBIS/King’s Group Student Leadership Weekend hosted by King’s College, Madrid. 29 students from schools in 9 countries attended the conference which included workshops and sessions from leading speakers on What is Student Leadership, Social Media Challenge, Public Speaking, Presentation Skills and more.

COBIS CPD and Events Officer, Amy Carter, attended the event and was delighted to see COBIS student leaders fully engage and immerse themselves in the programme as well as having an opportunity to meet and network with fellow students from around the world!

Alongside the inspiring and interactive sessions, King’s Group colleagues delivered a Wide Game: 1920s Themed Murder Mystery Challenge which was a particular hit with the students who paired off to unscramble the riddles and solve the mystery. 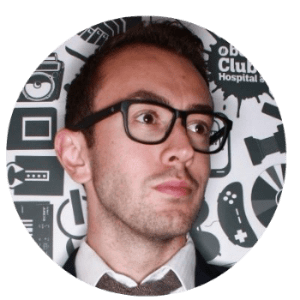 On the 10th of October Mark Corbett, one of Future Foundations Coaches delivered presentation and public speaking skills, his first of four key points in the session were:

“There is no best way of presenting than your own way”

Your session went extremely well and the feedback collected at the end of the programme was very positive indeed.