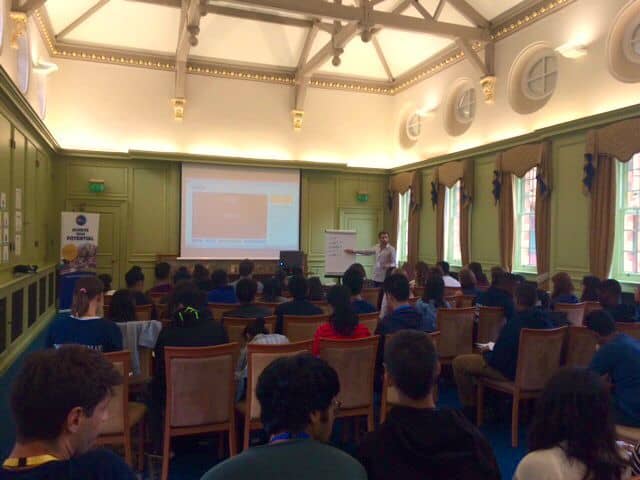 This week Global Social Leaders is excited to welcome a line-up of business leaders and speakers who are at the forefront of social change in the UK. Guests are drawn from the Future Foundations, Wellington College and the Wellington Leadership Institute’s expansive network and add an exciting real-world dimension to the programme.

Each guest speaker brings their own unique style, set of experiences and values to Global Social Leaders and each will address a different topic, relevant to the theme of the programme. They provide young people with the opportunity to build their network and connect with influential key-players that could support them in their own social action projects. Participants’ benefit from expert advice and a hefty dose of inspiration to enhance their learning journey and belief that they can achieve great things after the programme. 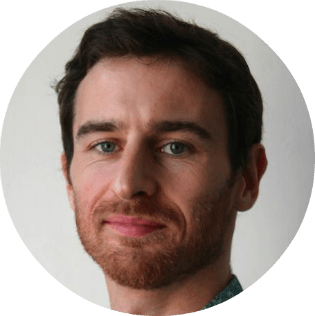 Editor in Chief of Positive News

Sean is the Editor-in-Chief for Positive News, the world’s first publication dedicated to reporting positive development whilst remaining solution focussed. Positive News brings attention to positive responses to social challenges, benefits peoples mental health and wellbeing, and engages people in society by presenting news in a way that empowers people to respond constructively to issues, rather than being left feeling hopeless.

He wasn’t originally from a journalism background, but he connected with the vision of Positive News. After leaving his role as Production Editor in a creative writing company, he worked his way up within the company.

The print newspaper now has a circulation of 50,000 copies in the UK, with sister editions in America, Hong Kong, Argentina and Spain. The bulk of its income comes from subscriptions to the print edition, alongside advertising revenue and donations from the public. In July 2015, Positive News became the first global media cooperative financed through crowdfunding. It is now owned by its readers, supporters and journalists.

Sean wants to change the way that journalists are trained, by offering workshops in “constructive journalism” – the first of their kind in the UK. These are intended to weave more positive elements into conventional reporting, while maintaining high standards of quality, relevance and diversity.

He also helped found the Transformational Media Initiative (TMI), a think-tank and networking organisation, which aims to spread the principles of constructive journalism to other sections of the media, such as film and photograph.

Beth Button was recently elected as the Welsh National Union of Students President in March 2014. Before taking on this role Beth was the incumbent NUS Wales Deputy President and had previously served for a year as Academic and University Affairs Officer at Cardiff University Students’ Union.

NUS exists to defend, promote and extend the rights of students, and develop and champion strong students’ unions. As president of NUS Wales Beth represents the 300,000 students aged 16+ studying in Wales. The role involves supporting student unions and their elected individuals, and lobbying and campaigning as a representative for students on a local and national level.

Her remit covers all higher education policy, union development and housing policy. She highly promotes campaigns and activities to engage with the local community, and further the cause to fund post-16 education. She wants to see ‘Community Organising’ become an action, with partnerships between institutions and their communities as well as leading community organising training.

Beth has represented the UK at the G20 Youth Forum in Russia on the Education Committe, which she subsequently was asked to chair and wrote the final Document of recomendations to be sent to the G20. She is a passionate spokesperson for students in Wales and proponent of fair access to education for all. 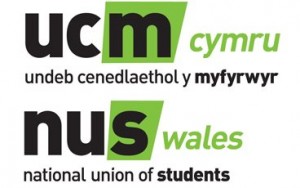 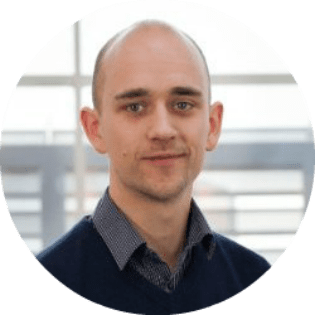 Head of UK Policy, Programmes and Campaigns at Oxfam

Nick Bryer is currently Head of UK Policy, Programmes and Campaigns at Oxfam GB, working on campaigns on tax avoidance, economic inequality and climate change, as well as overseeing Oxfam’s work on poverty within the UK.

Oxfam is a global movement of people who share the belief that, in a world rich in resources, poverty isn’t inevitable. It’s an injustice which can, and must, be overcome.

To spread that change and make it last, political solutions are also needed to tackle the root causes of poverty and create societies where empowered individuals can thrive.

Nick has previously lived and worked in Vietnam and in the West Bank. He has been with Oxfam since 2008. 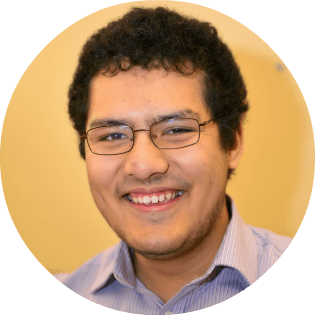 Mohammed is an 18 year old student, who is currently studying for his A Levels at Richard Huish College in Taunton. He plans to go on to study economics at university and has found a way to turn his love of economics into an enjoyable hobby.

‘Poponomics‘ is an online platform that seeks to answer those questions about the workings of our modern world that we’ve all thought about, but rarely asked – in an in-depth yet accessible format. Poponomics tackles a fascinating array of topics, taking an economists analytical approach to questions such as ‘why do advertisements work’, ‘are footballers paid too much’, ‘what is quantitative easing’ and ‘what has happened to Greece?’.

His blog and youtube channel attracted 52,000 visits and views between them demonstrating an impressive impact and his journalistic talents were endorsed by publications in a number of  magazines.

Mohammed is a graduate of the McKinsey Leadership Academy and was the winner of the 2015  Oscar Pearce Higgins Scholarship for his personal Leadership project. 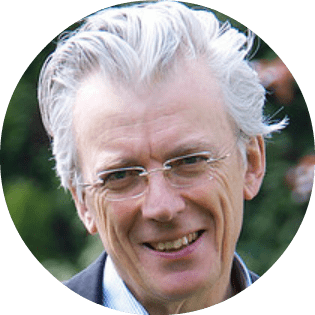 Founder and CEO of Cola Life

He is a recognised innovator/social entrepreneur. He gained community development expertise in South America (early 80s) and has managed innovative projects in the UK and abroad since 1984.

Simon has managed partnership projects, both large and small. More recently, he managed a cross-departmental Ministerial Task Force for the Department for Environment, Food and Rural Affairs involving 4 Ministers and 16 NGOs, where his team won the national Compact Award for Excellence in cross-sector working. He is qualified in Project Management in addition to Undergraduate and Masters degrees. 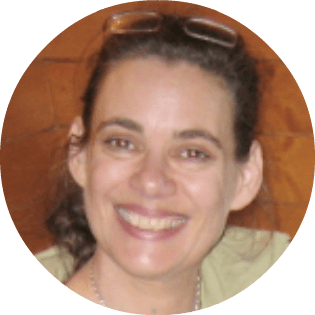 Jane has worked with Simon for over 20 years; they work best on innovations together. She is ColaLife’s researcher and bid-writer. She advises on business elements, works with Simon to design presentations, workshops and communications, and ghost writes the best bits of the blog (allegedly)!

A qualified Business Counsellor and trainer, she has a track record as an inventive and creative project manager, designing whole programmes as well as events, tools and learning games to bring enterprise concepts to the non-profit sector.

Jane originally trained as a linguist and spent over 12 years in developing countries teaching English; she has also been on Social Enterprise study trips to China, Japan and in Europe. 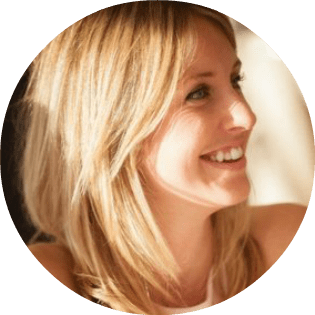 Strategy Director at People Made

Emma’s experience spans numerous categories from global banking and international airlines, to high-street retailers and luxury designers. With a passion for brand development, personal coaching and business transformation. Emma is known for bringing a creative approach to strategic thinking, writing manifestos that make clients cry (in a good way!) and being a huge advocate for powerful brand experience. Current and past clients include British Airways, Citi Bank, White Stuff and LVMH.

Emma started her career in the art world, working for a boutique communications consultancy based at one of her favourite London spaces – Somerset House. Two years later, Emma followed her passion for change and creativity into the world of brand consulting, and spent the next four and a half years working with top global brands at Interbrand and M&C Saatchi. Emma joined the People-Made family in March 2014. 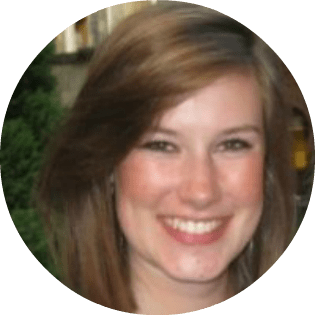 Brand Consultant at People Made

Julia is currently working on a top secret customer experience piece for Selfridges and a communications strategy for global air transport tech company SITA. Coming from a linguist background (she studied French and German at Oxford), Julia is fascinated by the power of language to shape and differentiate a brand and create connections with consumers. She loves the strategic rigour of getting into the world of different clients and crafting a consistent and meaningful brand that works authentically from the inside out.

Before People-Made, Julia spent two and a half years at Interbrand, where she worked on a variety of global client projects spanning numerous industries – notably air travel, healthcare and oil and gas. Before that she did a 6-month internship in International Marketing at L’Oréal in Paris.

Co-Founder and Director of The Eleven

Ben is the Director and Co-founder of The Eleven, alongside Rob O’ Donovan. They were two 16 year old’s who caught the entrepreneurial bug early and now, eight years later, have 23 people working across 3 businesses.

The Eleven is a start-up studio, who seek to provide support for businesses starting up  and they’re obsessed by building great ideas into brilliant businesses. Their ten year plan, to found 100 new companies by 2025. 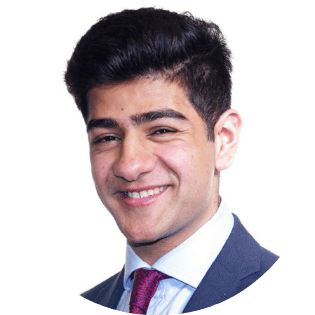 Since graduating from university, Haseeb has decided to pursue a career in medicine. He was born and raised in Royal Leamington Spa, as his mother Shabana was before him. His father Mohammed was born in Pakistan, and settled in the United Kingdom 25 years ago.

Growing up in the information age brought global events into Haseeb’s living room like no other time in history, nurturing a passion for politics that has driven him to this day. He is dedicated to ensuring fairness and justice for all people and is committed to achieving these within a stronger Great Britain.

We are very grateful to the speakers who have donated their valuable time and expertise to Global Social Leaders 2015. If you would like to enquire about participating in, or speaking at next years’ programme please contact social.leaders@future-foundations.co.uk or visit the website.