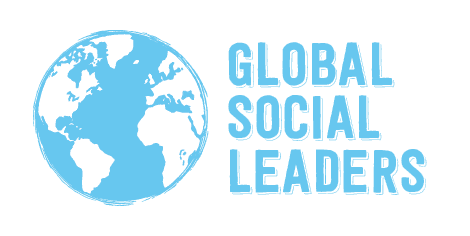 It’s hard to believe that it’s been nearly two months since the GSL programme started. I still remember feeling apprehensive about going for the programme, wondering whether throwing myself out to meet total strangers from countries I have never been to was a good idea. After the program, I can confidently say that it was one of the best decisions in my life.

On the plane to London, I challenged myself to open up to people and to not always sit in the background, so that I would be able to gain as much as possible from this trip. As I tended to remain silent except among friends, and would usually not participate greatly in discussions other than to observe and point out some things, this was quite a big step for me. However, over the course of the program, I found that I was able to overcome my shyness and anxiety and allow such behaviour to become natural for me. As such, it was a moment of great pride for me when the people we met in London the Enactors- who were and truly strangers to me, commented that they did not think that I was a shy person, and thought that I was naturally an outgoing boy. I feel that were it not for the friends and coaches whom I had got to know throughout the program, it would not have been possible for me to learn to open up so easily.

The thing I miss most about the trip, other than the cozy accommodations, wonderful cool weather and brilliant venue would certainly be the people there. While all the activities were extremely educational and fun, none of this would have mattered if not for the coaches, staff and of course the fellow participants in the program, all of whom were extremely friendly and lively, encouraging me to share in their excitement and generally ensuring that everyone had an awesome time at GSL.

I would especially like to thank my wonderful group mates, who immediately warmed up to me and would become my closest friends in the program, and also other people, including but not limited to Rhea, Aadil, Abdullah, Samira, and Heiam for taking the first step to introduce themselves and try to get to know me, for example through purposefully engaging me in their discussions or through the ‘brute force’ method of sidling up beside me and trying to start a conversation (it doesn’t work that way Rhea!).

Part of the journey was also the different places that we visited. Wellington College was truly the most beautiful school I have ever seen. Also visiting London, especially Islington, which was a part of London that one would not normally see, was quite inspiring as well. Best of all was the visit to Oxford, which was an eye-opener, as words simply could not describe what Oxford looked and felt like. From that visit, I was inspired to aim for admission into Oxford University as one of the goals in life, finally giving me a tangible objective to work towards.

Sadly, all good things must come to an end, and what is most important is what we do after it. For me, the program has not only helped to find motivation to study hard and generally excel in life, but has also provided me with an international network of close friends that I can rely on for support and friendship. After the trip, the Singaporean students have also decided to carry out the idea that we came up with back in England, which was to set up a tuition program for Primary or Grade 5 children who cannot afford the exorbitant prices of tuition here and would hence most benefit from a free tuition program conducted by us. This we feel is probably one of the best ways that we can contribute to our society given our capabilities as students in a top school in Singapore. In this way, we hope to ensure that the wonderful experiences we gained from GSL 2013 are not wasted.