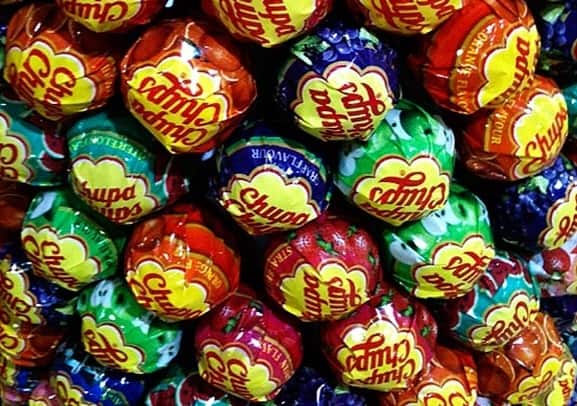 We Live for ‘Lollipop Moments’, by Elizabeth Annor-Agyei

In preparation for my role as one of Future Foundations’ residential mentors for the National Citizen Service programme this Summer, I was extremely nervous. The outdoors and I aren’t the best of friends and in the past, when I have been given the opportunity to rock climb or abseil, I’ve always said “no” before even giving it a try.

My job was to support my team of young people throughout the first 2 weeks of NCS, which included a host of outdoor adventure activities. Therefore I found myself in a very awkward position. Knowing that participants learn from example, it would be hypocritical of me to encourage my team to give it their all, if I was sat on the sidelines myself.

From Day One, it was clear that the outdoors wasn’t my scene. I accidentally broke a tent pole whilst putting up my tent (oops!) but luckily my team helped me put up the second tent I was given. This was the first of many times ‘TeamDV’ showed great teamwork.

When it came to rock climbing, it was so lovely to see the team encourage one another to reach the highest they possibly could, before coming back down. As their mentor, I felt inspired and just decided to go for it without over-thinking. I attempted to climb to a point where I felt I could no longer go higher and came back down.

Similarly, when it was time to abseil, I just decide to go for it, it even though I was afraid. When I reached the bottom, it was so encouraging to hear team members say that they were proud of me for doing such a daunting challenge, which made me feel a sense of self pride.

However, there were times during Week 1 where TeamDV sometimes faltered as a team and needed to regroup and realise that they were all united. Every single member of the group is needed and without one, the network of the team ceases to be connected. After this activity of freely voicing any concerns, Ross, our team leader would agree that we saw a positive shift in attitude within our group, which continued throughout the week. 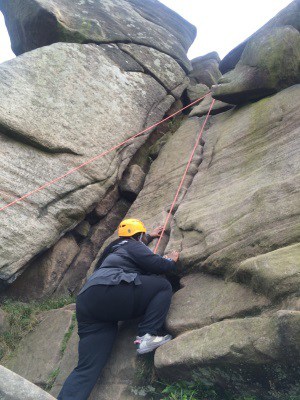 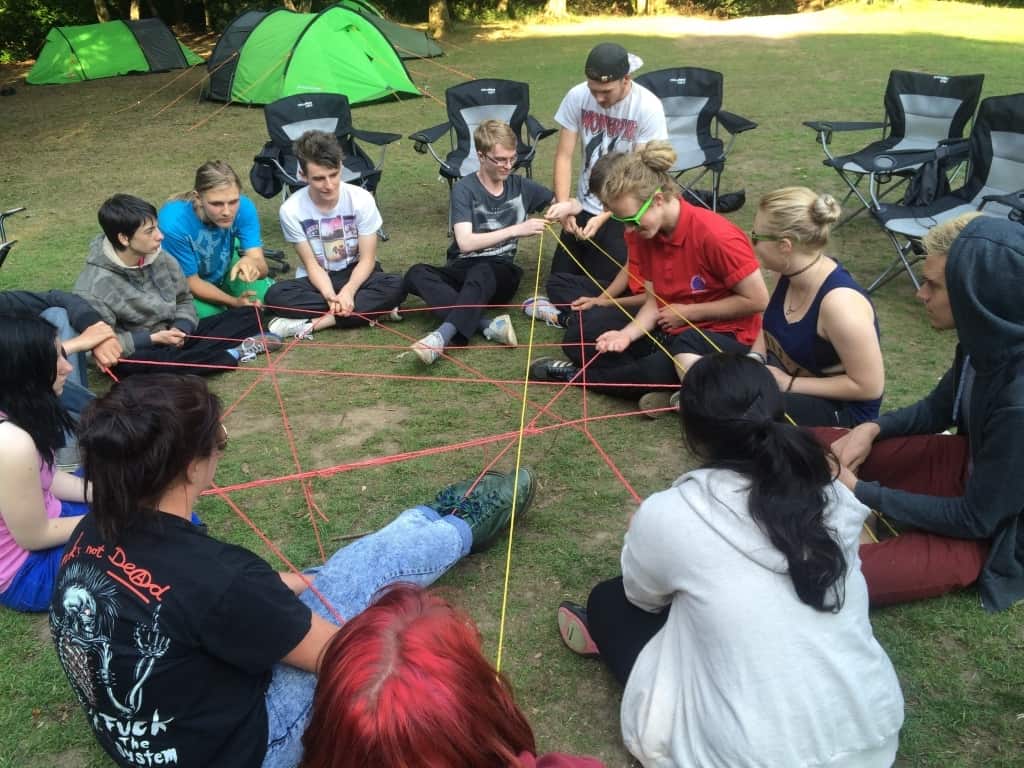 Despite the few sour ‘lollipop moments’ we had as a team, we also shared some very sweet ‘lollipop moments’ too. I feel that ‘City Bingo’ taught TeamDV the most powerful lesson of all. Being in Nottingham and having to complete various challenges with the help of members of the public initially felt like a really simple concept. However, when it came to actually doing it, it was much harder than initially anticipated. The team were rejected time and time again by members of the public who for example, did not want to listen to their rap on NCS, or did not want to be recorded saying ‘We love NCS!’. As the team had so many doors closed on them, it began to knock down their confidence and made them feel demotivated.

I continuously reminded my team to hold their heads high, harness their rejection and use it as motivation to achieve their goals by approach even more people and ask even more politely. They took my advice and it was lovely to see the team flourish in the challenge. Throughout the day, the more they were rejected, the stronger they became and by the end of ‘City Bingo’ it was so powerful to see the team stand in the middle of Nottingham town centre holding hands which to me summed up that they are indeed a pretty solid team. 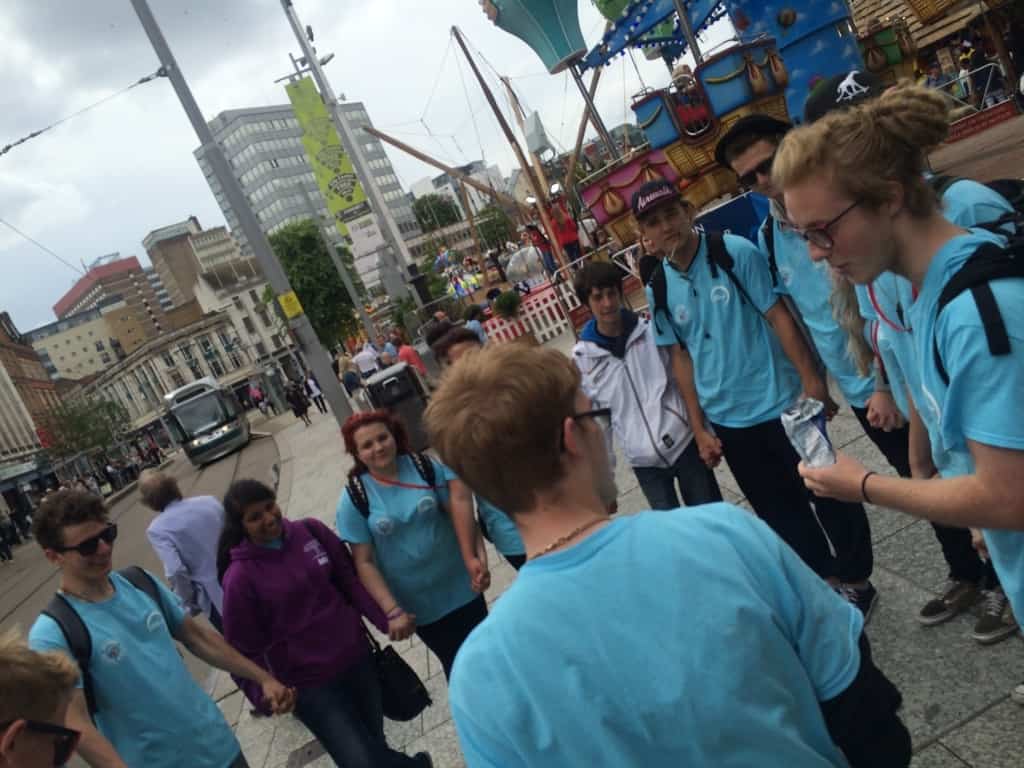 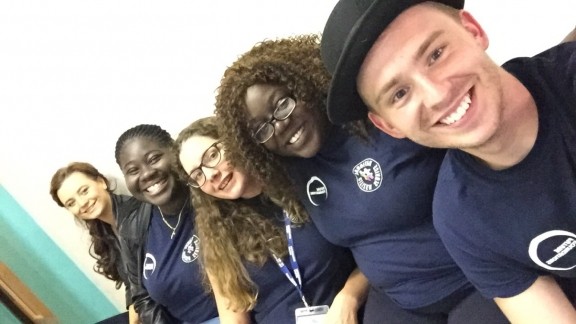 The end of ‘City Bingo’ was a sweet ‘lollipop moment’ that I will always remember. It was also nice to know that my abseil was a ‘lollipop moment’ for a member of my team who mentioned this in his sugar cube to me. This taught me that regardless of all the reservations I had prior to NCS, it ended up being a challenging but enjoyable experience.

It was a pleasure to deliver Wave 6 of NCS with such an awesome delivery team and inspirational young people. It is moments like these that we live for. Have you ever had a ‘lollipop moment’? Has there ever been a time in your life where someone has had an impact on you? Have you ever told them so? Why don’t you let that person know? We live for ‘lollipop moments.’ The tiny moments where we make even the simplest change in someone’s life. It might have been an action someone did, or wise words that they shared. Do not allow that person to go through life not knowing how powerful they have truly been, as it is tiny experiences like these that make ‘lollipop moments’ worth sharing.