In 2014 Future Foundations worked with over 60 volunteers who supported our staff  in delivering exceptional programmes to enable young people to reach their full potential. In 2015 we expect to get even bigger!

THANK YOU to those who came and celebrated with us at the FF Annual Awards!

Our annual awards bring together our students, staff, funders, alumni and partners to recognise and celebrate our collective achievements and contribution to society during the year. This year they took place on Saturday 13th December at Wellington College, Berkshire.

2014 saw some amazing programmes involving incredible people, to see who won awards and what we celebrated on the day visit our Awards page using the button below.

Tam! This award went to one of our volunteers whose actions completely embody the values of Future Foundations and has contributed their time tirelessly to help us achieve our mission. Tam’s dedication and enthusiasm on NCS Summer were unrivalled. His commitment to travelling from Nottingham to Berkshire each week (for three weeks plus the training) was a clear demonstration of his desire to be the best he could be at his role. He developed massively as a staff member and his interaction with the young people was positive and progressive.

We want to highlight the hard work and commitment of the people who gave their time, skills and energy to programmes including NCS Spring and Summer 2014, Global Social Leaders, the Legacy Careers Project and the McKinsey Leadership Academy. We want to celebrate YOU so please continue to send us your stories and experiences of the summer.

One of our volunteers Louis talks about his summer here 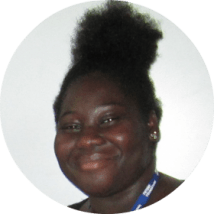 As a facilitator for the Legacy Careers Project, I would say I developed more of my team working skills, compared to leadership skills. I learned to give other people (especially the team leaders) an opportunity to lead activities, compared to trying to do everything alone. This also gave them the opportunity to grow and develop their own skills; yet simply overseeing the team leaders is also something I also found quite difficult to do.

Participating in this project has strengthened my problem solving skills, which has giving me practice on how to quickly respond to unexpected situations, especially in a classroom environment, especially since I am an aspiring teacher. The LCP has also given me the chance to inspire young people and encourage them in thinking ‘big’ in terms of career goals, and I felt that conversation with the students on their ideal job was a very important one, in encouraging them that they can make their ideal job a reality.

The most challenging part of the LCP for me was when I lead the ‘Body Language and Voice zone’ and finished ten minutes early and was unaware of what to do. At which, the team leaders responded by leading a game ‘Wink Murderer’ but instead of winking, the murder walked around the room and rather than shaking everybody’s hand, would poke their index finger at the palm of the opponent’s hand. At this, I could calm down and watch, whilst linking back to the theme of dying dramatically and making eye contact with those in the room, tying it together with the Body Language and Eye zone.

The highlight of LCP for me was definitely seeing the thrill in the students eyes after the interview, which contrasted with the panic in their faces before the interview. It gave them a sense of self pride and belief in themselves, and I was happy to be part of the process by calming down the students and reminding them to simply be themselves when finding themselves in that sort of environment. Additionally, I also loved seeing the teams unite in shouting their chant, which also created a positive sense of competition, as well as establishing a sense of team identity.

Without the dedication and experience of our volunteers to training and delivery, we simply couldn't run such inspirational programmes.

Our volunteer’s experiences of 2014

How can volunteering with Future Foundations develop you:

In a competitive job market, prospective employers want to see what makes you different from all the other candidates, and volunteering is a great way of standing out from the crowd. By demonstrating that you take part in meaningful activities in your spare time, you will show an employer that you are a well-rounded person with some interesting life experience.

FF Volunteers will get to experience a vast range of sessions to enhance their own creativity. We also encourage our people to be enterprising and follow their passions.

Volunteers will support on sessions and operations and gain experience of public speaking.

Volunteers are integral to creating an atmosphere of self confidence and trust in the young people, for example supporting on sessions like Trust Fall to help others overcome fears.

Our mentors and business coaches are able to explore and develop their own leadership styles.

Volunteers have the opportunity to develop their own interview skills when working with young people on programmes.

Our mentors and business coaches who volunteer are able to contribute their own experiences and skills to the young people, however they benefit themselves from continued professional development, increasing their network and gaining new insights and perspectives.

Don't wait to be a hero....have a watch of these videos:

Do It V Inspired
Join In UK VSO