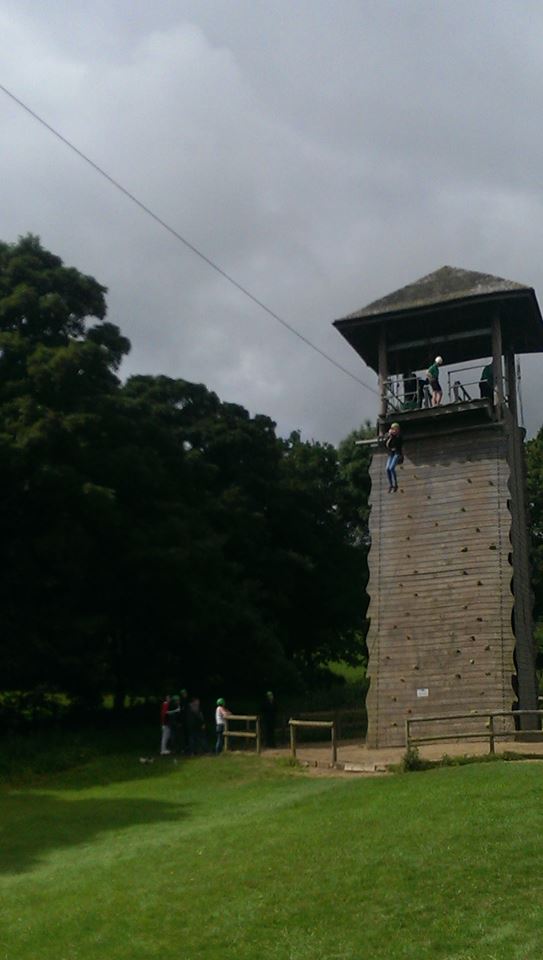 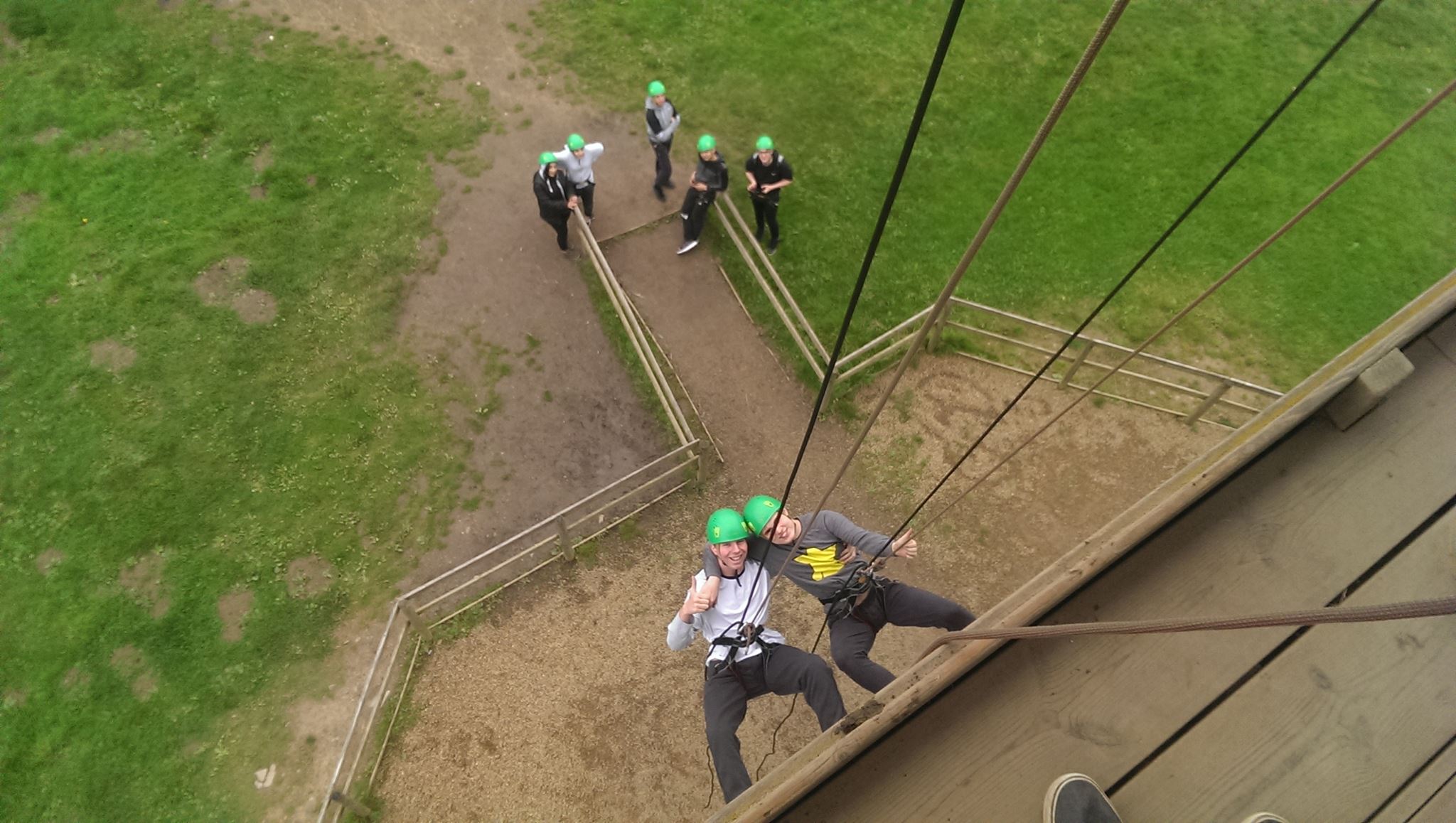 On Monday the 27th of July wave 3’s journey began. 110 young people joined us at west studios and we all set off on our week 1 adventure to Kingswood, Hexham. Understandably there were a few nerves around, as young people started to prepare for a week of action packed ncs fun! It wasn’t too long before everyone started to relax, and the excitement well and truly kicked in, with many a sing along on our 3 hour trek up north! This atmosphere set the tone for the week, and everyone quickly got stuck into the activities shortly after our arrival! The activities ranged from abseiling to laser tag, shelter building to fencing, fire lighting to obstacle courses. Everyone got involved and supported their fellow team members to overcome their fears. Seeing the look on young people’s faces as they overcome their fears and overcome the activities was a wonderful spectacle to witness!!

Week 1 really bonded our teams together, and created an overall fantastic feeling on the program. The respect and trust between our staff and young people was incredible, and put us in the perfect position to begin week 2!

Week 2 saw our NCS wave 3 family embark on its next adventure, with a week at the wonderful Abbottsholme School. This was a week aimed at further promoting the independence of our young people on the program, and challenging them to show further initiative and take on increasing responsibility. This week was a progression from week 1, with sessions being focused on things like self-awareness, leadership and setting future life goals. Our young people embraced these sessions magnificently, inspiring not only their fellow team members but our NCS staff also. This two way pathway of inspiration was a beautiful aspect of our program, and very much an overall testament to the connection that had been formed by all involved with the wave. On top of these sessions, we also made plenty of room for fun activities to take place in the evenings – which we hoped to be a welcome break for the young people from the hard work they were putting into the afternoon sessions. The highlight of these fun activities was a lip sync / talent show which took place on Thursday night – this was widely regarded as one of the best moments of the program, as teams heroically battled it out to be crowned wave 3 lip sync champions 2017!

Week 2 was a great follow up to a successful week 1. Young people were having a terrific time and challenging themselves in the process. We’d reached the halfway point of the program and everything was set up nicely for our teams social action planning to begin in week 3.

To sum up the amazing time each young person had on the residentials, team 5 young person Henry told project manager Simon Paterson – ‘The first two weeks of NCS have been the best weeks of my life’ 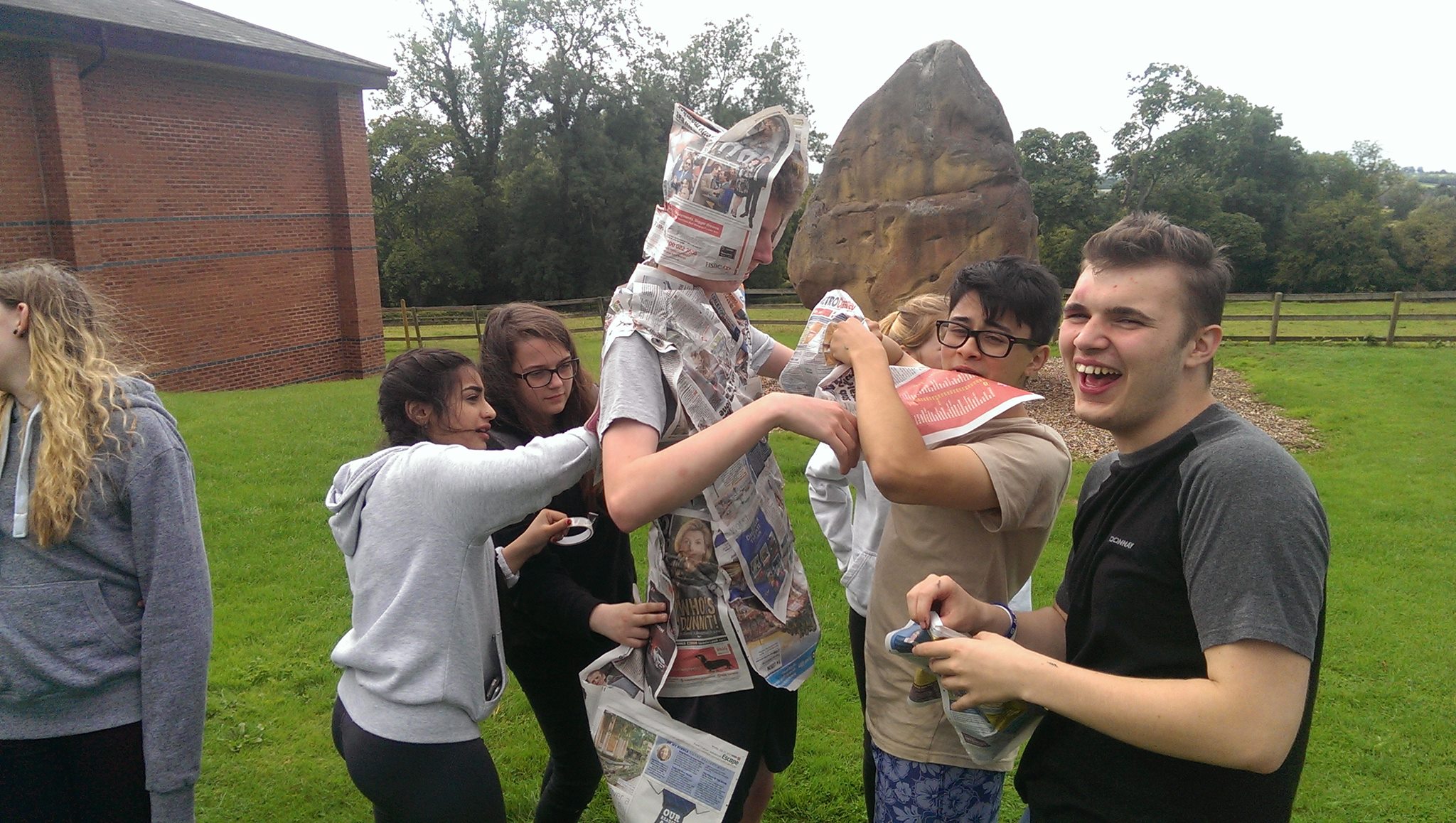 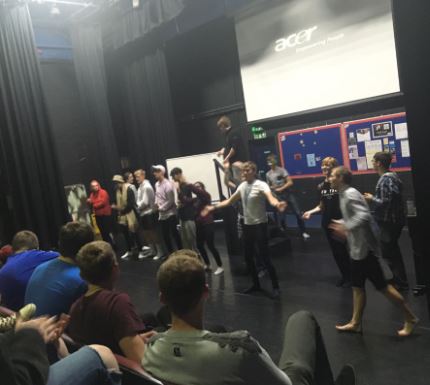 Week 3 saw the end of our residential weeks and the start of our first week based at Chesterfield College. This was the opportunity for our teams to gain valuable experience in a further education setting, and begin to plan out their social action projects.  The most inspiring aspect of this week was the genuine hunger from our young people to get stuck into their projects, and make plans to successfully make a positive difference in their local communities. Teams gave each other roles and responsibilities, including designated positions within their projects such as project manager, head of finance, and community liaison. The two weeks done previously on the program had put our teams in a wonderful position; they had become tightknit groups with a very good understanding of each other and what they collectively stood for as a collective. The hard work being done by groups was celebrated at the end of the week, with a ‘dragons den’ style presentation in the theatre, where groups presented their project proposals to project manager Simon Paterson and welcomed guests. 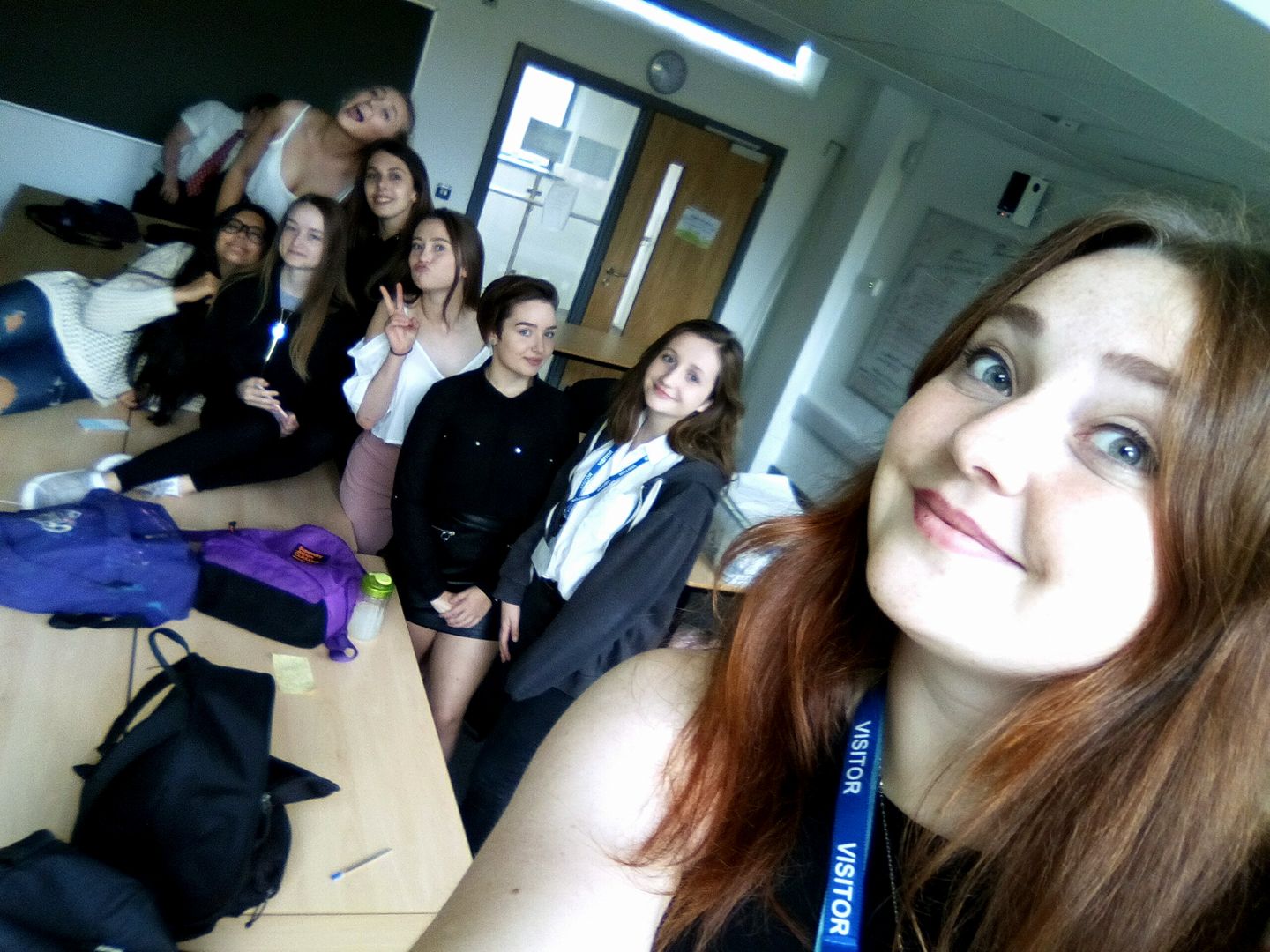 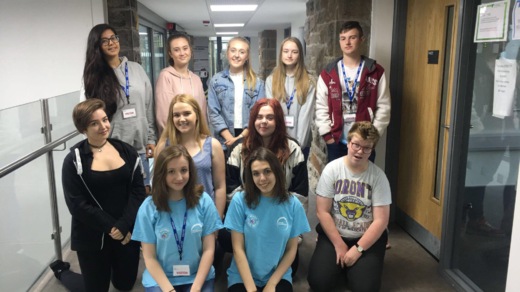 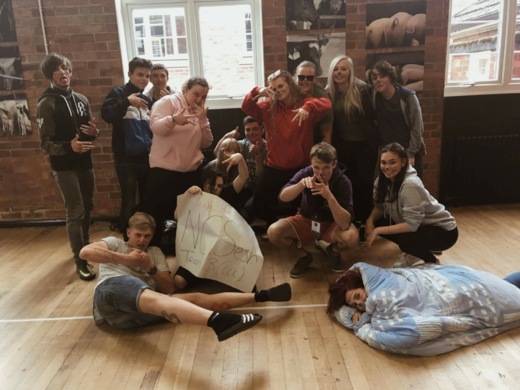 Week 4 was our final week (sad)… and the time for our young people to shine with the deliveries of their fantastic social action projects. From costumed fundraisers to school renovations, we had truly reached the social action delivery stage of the program. Teams were spread far and wide around Chesterfield, putting into place their well planned projects and bringing a burst of positivity to their local communities. The projects from our teams generated a widespread interest in the Chesterfield community, with visits from the Derbyshire Times and radio shout outs! Each and every young person on the wave excelled themselves and brought an enormous amount of energy of enthusiasm throughout the week. Week 4 ended with a celebration of presentations in Chesterfield College theatre, with parents, guardians and local mps attending to see the great work being achieved by the teams during the week and throughout the program.

Jake from team 3 told the group leader that ‘the ncs program had exceeded all expectations that he had for it’ and that ‘he wasn’t ready for the program to be over’. 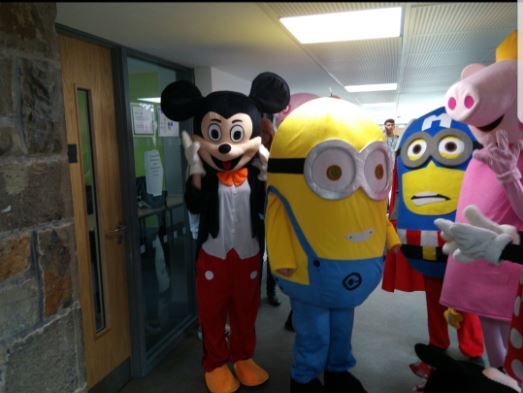 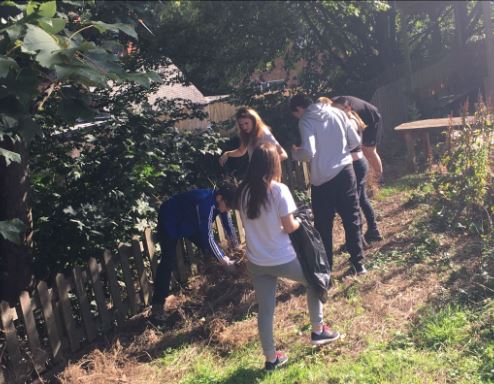 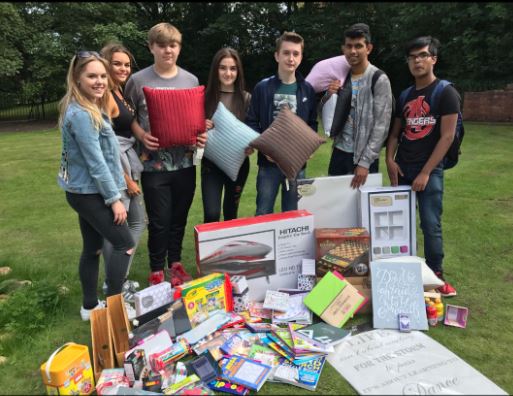 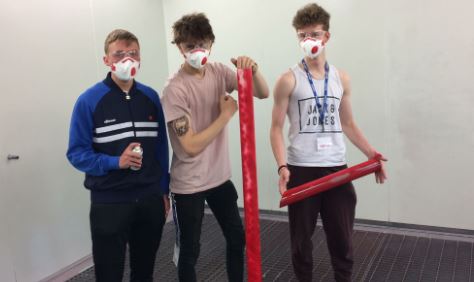 I think this highlighted the general feelings amongst all young people and staff on the wave. It had a been a terrific journey during the 4 weeks, and it incredibly rewarding for all involved to witness the tremendous levels of growth being shown by the young people on the program.

With such amazing young people, Chesterfield most definitely has a very bright future ahead of it!